In our yogic spiritual pursuit, we must continuously, simultaneously manage our different tools: body, psyche, emotions, mental, intellect, as well as our spiritual dimension and its faculty to transcend each of these tools.

We often contact the high spheres of spirit through meditation practice and metaphysical teaching, but we also spend a lot of time with our body. Although work seems harder at the body level, the body is considered in yoga as a temple where divine energies are sleeping. Even if in yoga, work sometimes seems demanding, the body is a respected, and even magnified tool. From the still sitting pose of the meditator to the intense Āsana आसन of haṭhayōga हठयोग, there is no way around body work, which intimately contributes to awakening the other tools. 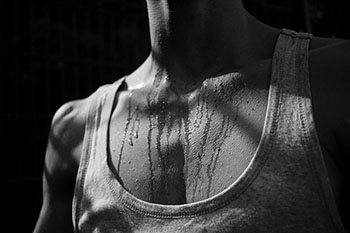 For humans in general, the relationship with the body is very different. People are supposed to spend some time maintaining their body, or vehicle, in order to stay healthy as long as possible in their longer or shorter existence. Of course, the maintenance of health is a fragile balance which may be affected by external (environmental) or internal (genetic, pathologic, and aging-related) factors.

In our wealthy society, most of us have more or less solved survival problems and problems caused by dangers in our environment (the elements, wild animals). Despite that, environmental dangers have not decreased. They have simply changed into invisible and omnipresent toxic dangers created by the industry and the consumption that goes along with it.

In this seemingly safe but toxic world, we spend, after all, a lot of time, money, and attention feeding, healing, dressing, embellishing, perfecting this body. This is often done unintelligently. We often feed our body badly, eat too much or too little, we neglect it through sedentary lifestyle and addictions, we exhaust it through overwork, we can even mutilate it through ornamentation or various modifications (plastic surgery...).

The body is our first business card, we use it to make us look good or as an emotional outlet.

In poorer societies where hunger and precariousness still exist, there is less self-importance in the relationship with the body, even if you can’t get away from selfies there too!

No matter how, it is up to the mind to manage the body.

We are in our body through our whole life, and we’d better love it because we cannot change it.

Both in Orient and Occident, the relationship between body and soul has always been the great metaphysical debate, opposing body and soul based on their impermanence/permanence. There have always been and are still a lot of questions: Does the body depend on the soul? What does it have to do in this manifestation? Does it have to transcend itself to reach the divine? Is this one incarnation our purpose?

Of course, yogic science has its own great and sublime answers to these questions.

The objective of yoga and Indian metaphysics is twofold. First, it is to free man from suffering caused by limited identifications with the body. This is what is said in ascetic, Vedantic, and even Buddhist scriptures. The much older tantric scriptures, which are not really in opposition, exalt the body and through transcendent love, raise it to the divine level. Spiritual practices can reconcile these two aspects.

Beyond spiritual practice and from a more social and mainstream point of view, there has always been a dialectic between asceticism and eroticism in India. The temples of Khajuraho खजुराहो were built between the 4th and the 12th centuries and Kāmasūtra कामसूत्र was written in this period. With the Muslim invasion and the British colonization, the ascetic movement reimposed itself. Gandhi is a good example thereof. 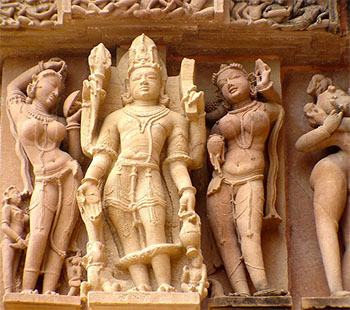 In today’s India which has opened itself to the Western world, wealthy classes show more liberalism in their social relationships, even if the usual prudish reactions are still very present in traditional Hindu India. The average Indian may not know and practice Kāmasūtra techniques, on the other hand, Bollywood and more unclothed bodies have replaced sacred dancers.

Returning to the spiritual practice of yoga, the body will thus be for the yogi a tool of transcendence which he will magnify by awakening its dormant capacities. Postural work will approach the body based on the beauty of its sole, revealed or dormant, capacities. This is the tantric and (or) ascetic vision of the body.

Western history is different. "We went from the sublimated representation of Greek nude ephebes or athletes as a tribute to gods, to the body as the "grave of the soul" of Plato’s tradition which has influenced Christian thought for a long time. Throughout the ages, the body has long been subordinated to the soul", the journalist Catherine Golliau says.

The Renaissance era rediscovered the beauty of antique nudes and glorified the body through arts and customs.

A long evolution of Western thought and customs has led us to consider the body as the primary source of well-being nowadays.

There is not much soul left today...

We have come so far for those who have free time and money. Today, we pay for walking or fasting workshops! The pursuit of physical and mental health combined with a spiritual quest is legitimate in this pressured society. Unfortunately, most well-being criteria have nothing to do with spiritual concerns.

Regarding today’s beauty norms, well-being is often associated with criteria of thinness or muscularity, performance or youth, not to mention the cult of youth among senior people. Today, people must look lighthearted, young, happy, smiley, provocative, derisive, fun, they must not be afraid of ridicule, and most importantly, must know how to play, play and play to give the impression of belonging to their time.

At least, that is what is promoted in all advertisements. These new behaviors which sometimes appear like self-importance are just another way of worshiping the body. Perfect bodies retouched with Photoshop and displayed in ads or cinema are a source of admiration for a lot of people. These new beauty ideals are about to be surpassed by computer-generated images.

It is paradoxical that the body is no longer enough to represent us! We need digital representations in which the body is magnified by superpowers, a smooth and flawless skin and big, more human than human eyes. In a recent car ad, the main character looks so real it could be you! There is no line between human and humanoid anymore. The hero or superman cult still exists, but we are very far now from the models of Hercules embodying physical and moral virtues or Atlas carrying the world. Today, the superman doesn’t have to be wise to save the world. He has to be fun!

This is a paradoxical world in which young people pay an extraordinary amount of money to transform themselves, with the help of plastic surgery, into Barbies or Kens at the cost of their life expectancy. Some of them go as far as to remove vital ribs to get a tiny waist or go through breast augmentation at the cost of unbearable future pain. Their body has become their business.

Stupid world! A man has created a buzz in the social media with the news of a banquet where he and his friends ate his fancily cooked genitals (which he had cut for the sake of genderlessness), and this is just an example among others... The body has become a propaganda tool for one’s own business.

We love this body, but make it suffer a lot! Individuals are the sole owners of their body, and consequently, they are free to do whatever they want with it. But this body has been given by nature through the lineage of our ancestors. Isn’t there a sacred dimension to this? The absolute, the cosmos was willing to manifest itself in us. We are the result of this cosmic desire, this subtle intention. The beauty of yogic practice is to patiently reveal the tools that are dormant in the deep layers of body and consciousness, while respecting what has been given to us. Everything is already here! The subtle is already here! But this requires a deep and patient knowledge of body, mind and consciousness. In yoga, we don’t need any additional artifice. This is the case in dance too, which also magnifies the body. Both yoga and dance require mastery of tools before being able to transcend or optimize them. 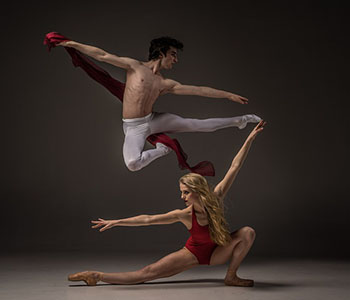 Today’s man doesn’t have time for this! This would take away pleasure time, yet the way a lot of people make use of their body in the 21st century is more frightening than admirable. From exposure (even children exposure) on the Web to extreme sadomasochistic practices, from deadly practices to digital implants, from connected bodies to babies to order, from clones to robots, from sports performance to anabolic steroids, we are about to experience a major shift in the way we see our body.

We have opened this body, dissected it, embellished it, tortured it, tattooed it, dressed it up, transformed it. We have pushed back some of its limits, optimized its health, slowed down its aging, improved its sports performance.

We are working on its longevity. Not all of what we did was bad for it.

However, from a yogic point of view, all these experiments are like missing the essentials. They don’t come to the point. Everything is right here! I have told you this so many times before cf. conference "Body, this great mystic".

The cosmic sacrifice of flesh finds a divine dimension in the understanding of ancient Eastern wisdom. The body is a great mystic which only waits for sublimation and transcendence. It is a temporary vehicle, and yet it is magnificent in its imperfection. It only waits for you to push back its limits. It only waits for you to prepare yourself to deposit it at the time of its disintegration, before you can return to your true timeless and absolute dimension. But how you do this has to be in harmony with the cosmic order and nature’s laws and not with the laws of the humans of the moment. The organic has its laws and nature will always take over.

The beauty of the yogi resides in the strength of the spirit that inhabits this old body and gives to it this majesty of the flesh that became conscious. 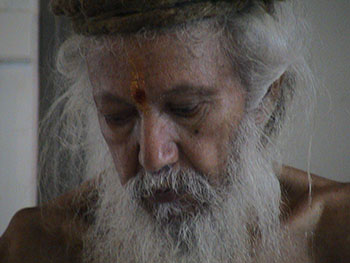