In our work on energy awakening, we are going to go on with the understanding of the great concepts related to the rise of Kuṇḍalinī कुण्डलिनी. In this learning process, we approach a symbolic teaching which draws its richness from Tantric iconography. So, our experiences are going to be illustrated by symbols. During the energy rise in the spine, more precisely in Suṣumṇā nāḍi सुषुम्णा नाडि, also called Madhyanāḍī मध्यनाडी, or spinal cord, or central way, these symbols will be wheels, that is Cakra चक्र, but also triangles, Trikoṇa त्रिकोण, Liṅga लिङ्ग, and many others. In Brahmarandhra ब्रह्मरन्ध्र, the top of the skull, dwells the cosmic wheel, the supreme cakra, illustrating the expression of the highest energy, the transcended energy reunited with consciousness. This cosmic wheel contains all the reunited tattva कन्द in their pure essence. For the yogi, these tattva कन्द, elements or levels of reality, extend from Pṛthivi पृथिवि, the earth, to the expression of eternal consciousness, illustrated by Sadāśiva सदाशिव, the eternal Śiva शिव.

Before reuniting tattva, it is necessary to identify them, experience them on the various physical and mental planes of the six first cakra, and then to transcend them for the purpose of their fusion and return to their pure essence, hence the long symbolic learning process combined with practices. 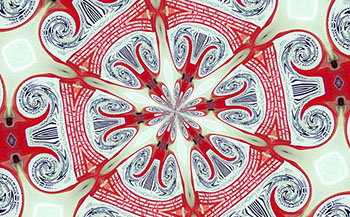 Cakra are centers of power where the entire energy first concentrates and then radiates in many directions. Thus, at each cakra level, the energetic radiation unfolds, and on a symbolic level, it does it through the unfolding of petals. Turned downward, they indicate the unfolding toward worldly activities; turned upward, they indicate the rise of energy for the sole purpose of spiritual transcendence.

From a practical and energetic point of view, the yogi first has to recollect energies toward the central axis. At each step or plane, energies gather, rise through Suṣumṇā to the higher cakra, from where they radiate toward the physical and mental planes.

Each wheel or cakra includes three principles: -first, petals, associated with Kalā कला, subtle energies to which correspond the Sanskrit phonemes also called Varṇa वर्ण and Mātṛka मातृक see conference "The Language of Gods"; -second element of the cakra, rays, considered as Nāda नाद, vibrant– and even luminous and colored–resonances, radiating from the center to the periphery or conversely, depending on whether the energy is directed outward or, during the rise of Kuṇḍalinī, inward. Here we see that the nature of sound prevails ; -third element, the Bindu बिन्दु, center of each of these cakra. It is the infinitely small representation point of a maximum and potentially infinite power. This point is located in the Suṣumṇā or median way. Mental energies (thoughts), physical energies (physiological mechanisms and breaths), sound energies (words, sound) are going to be reunited into a single intense vibration, directed toward the bindu during the rise of Kuṇḍalinī.

It is said that "Nāda, melting in the fire of Kuṇḍalinī, becomes Nādānta, the end of sound vibration". This means that its rays, its vibrant–sound but also light–resonances withdraw to become an upward flow, the sounding and luminous Suṣumṇā itself. There is a transfer of energies. This prepares for and announces the "rod practice", the latter illustrating Kuṇḍalinī when it spontaneously raises thanks to Prāṇāyama प्राणायम, respiratory techniques, and the friction of inhaled and exhaled breaths, as well as Kumbhaka कुम्भक, advanced breath retention. During the activation of primordial energy, all the energies of body, thought, and speech reunite at each step, at the next bindu of the next cakra which awakens in its turn. This process of unification goes on until there is but one unique bindu, the SELF. It is only when all these energies have been reunited that the yogi can transcend his temporal nature and become this unchanging Self.

But the yogi can remain tied in the state of Paśu पशु, see the principle of adhyāropa अध्यारोप), if one of these energies is missing and hasn’t been reunited with the others.

When the yogi transcends into a state of absolute consciousness, this experience is illustrated by the Mahāvākya महावाक्य or sacred sentence: "Ahaṃ अहं", "I am That, I am the imperishable".

"A" being the first vowel of the Sanskrit alphabet and "Ha", its last phoneme as an aspirated consonant, all these phonemes which we find among the cakra attributes illustrate all the sacred Sanskrit sounds melted in one bindu, "Ahaṃ", the Self.

The transcendence of duality has happened to the benefit of Unicity.

Here again, the yogi has gone back from multiplicity to One. Śiva- Śakti शिव शक्ति have transcended their nature in a union where they cannot function without one another, being in the end identical. This union results in the absolute principle made both of Consciousness and Energy. "Ahaṃ, I am That, this Consciousness and this Energy. " 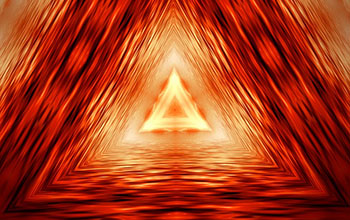 The triangle also represents this fusion from two to one, from three to one.

The ordinary man or Paśu is chained to duality, the duality of inhaled and exhaled breaths, of Iḍā इडा and Piṅgalā पिङ्गला in terms of influence of these two Nāḍi नाडि on behaviors and personalities, as well as on the energies they activate depending on their predominance.

This man only lives in duality, the duality between knowledge and known, but he doesn’t know himself.

The spiritual work in preparation for awakening consists in merging sun and moon in fire, the fire of the knower.

To go from the Paśu to the yogi, he has to merge Iḍā and Piṅgalā in Suṣumṇā सुषुम्णा and merge the inhaled and exhaled breaths in a vertical breath which starts from Udāna उदान.

Each time, the three principles, awakened and blended, reach the bindu in the center of the triangle, the vital principle that energizes them, allowing the yogi to enjoy the fusion process.

On a symbolic level, this fusion of the triangle illustrates the experience done in three places during the rise of Kuṇḍalinī, that is, in Mūlādhāra cakra मूलाधार, the perineum cakra, in Bhrūmadhya भ्रूमध्य, the point between the eyebrows, and finally Brahmarandhra ब्रह्मरन्ध्र, the top of the skull.

The couple Śiva- Śakti is illustrated by two trikona: red and pointing downward for Śakti and white and pointing upward for Śiva. The first represented at the bottom, the second at the top, on a vertical axis are made to reverse and meet. Without Prāṇāyama, transcendental practice, meditative practice Dhyāna ध्यान, it is impossible for these lower and upper triangles to meet. They can only do so during Samādhi समाधि, when Kuṇḍalinī awakens.

Sexual pleasure gives a foretaste of what a much more subtle enjoyment can be, when the breath, Prāṇa प्राण, goes down to the center of the lower triangle, in Mūlādhāra cakra. However, this is not yet the ecstatic state obtained by the transcendence of Brahmarandhra. 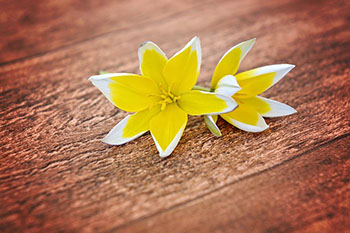 In the Brahmarandhra, they finally form the Ṣaṭkoṇa षट्कोण, a six-pointed figure, whose center Bindu represents the ultimate spot for the coincidence of consciousness and its energy. Hari Om Tat Sat