Here we are together again to keep on acquiring the knowledge necessary for our yogic practices. In the last two conferences, I redefined, on a metaphysical point of view, the notion of Spanda स्पन्द, the initial vibration to which Kuṇḍalinī कुण्डलिनी wants to return during its ascent in the spinal cord. Then, I discussed how the yogi should undertake the process of maintaining equilibrium points during this rise. He should know how to go back "from Two to One" on all planes (psychological, intellectual, physical, but also energetic) during the transcendence. See conference "The Inner Adjustment". We are going to go back on some quite simple points you are supposed to know well, and yet, going back on these points will allow for new understandings. 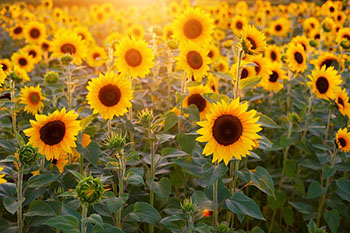 The notion of Cakra चक्र, in terms of energetic centers represented in Tantric iconography by pericarps surrounded by a definite number of lotus petals, appeared late in history, with texts on Haṭhayoga हठयोग, the tantra तन्त्र and Upaniṣad उपनिषद्. However, yogis knew cakras before that. We often use the word "pericarp" to designate their circular center around which the petals will unfold. This is an analogy to the pericarp of fruit which is the outer layer surrounding the seed. Similarly, in its iconographic representation, the cakra contains, in its pericarp, attributes, phonemes, symbols, animals, deities and Śakti शक्ति, in order to underline the metaphysical, psychological or energetic meanings of the respective cakra.

In their classic iconographic representation, the number of petals of each cakra varies in correlation with the sacred phonemes of the Sanskrit alphabet: there are fifty petals/phonemes going from Mūlādhāra मूलाधार to Ājñā आज्ञा and one thousand petals for Sahasrāra सहस्रार. The number one thousand represents infinity, but it is also the result of 20 times 50, that is 20 rows of the 50 first phonemes already mentioned. This illustration with phonemes is a preparation for the rise of energy following a precise movement, which returns to its emitting source. The awakening of this energy will be associated among others with the transcendence of sound, Nāda नाद, by Māha nāda महा, the primordial and divine sound. These cakra are often represented by lotuses, Padma पद्म, symbolizing purification through spiritual practice, but also the three steps or three states of consciousness of the practitioner (first unconscious planes, secondly aspiration to knowledge requiring efforts to acquire it, and thirdly realization through awakening). These picturesque representations are used as a basis for symbolic teaching, which is the interface between the practices and the great metaphysical concepts. They have a didactic function. 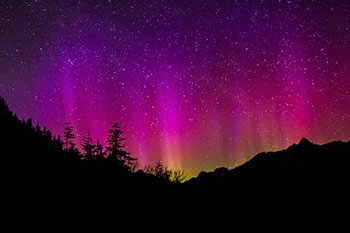 According to the ancients, the contemplatives, the Ṛṣi ऋषि, the Saivites of Kashmir, the Tāntrika तान्त्रिक of Bengal, etc., cakra are above all vibratory centers known only to them through direct experience. At first, the yogi experiences colored iridescences with different wavelengths in these centers. Only over time will these iridescences become rays and then petals. The word Cakra meaning "wheel", the practitioner will indeed find whirls or "whirling wheels" at the level of the centers located on the spinal cord, the central axis. Through the interaction of breaths, Prāṇa प्राण, consciousness and awakening practices of yoga, these centers whirl in an interactivity between the individual and cosmic planes, in order to spread out the subtle and divine energies in all planes, from the body to the spirit.

Depending on schools and the Tāntrika तान्त्रिक, seven or five cakra are acknowledged, going from perineum to the crown of the head, the latter being considered as the door of Brahman ब्रह्मन्, the door of absolute experience, Brahmarandhra ब्रह्मरन्ध्र.

If only five cakra are acknowledged, as it is the case among the Trika, Tantrics of Kashmir, Svādhiṣṭhāna cakra स्वाधिष्ठान is not considered, as Mūlādhāra also takes on the functions of Svādhiṣṭhāna. That is why Rudra Granthi रुद्र ग्रन्थि, the knot of "fear of death" but also of sexual and sensual justifications, finds itself in Mūlādhāra and not in Svādhiṣṭhāna cakra. In the five cakra theory, the other cakra that is not acknowledged is Sahasrāra सहस्रार as it is beyond carnation, it is located on the plane of transcendence or metaphysical abstraction. However, the version of the seven cakra remains the most traditional one. Yogis consider that between each center, there is a space the size of three hands’ breadth or three superimposed fists.

Cakra are interconnected by energetic channels, Nāḍi नाडि, said to be 300000 in number in ancient texts and 72000 in Haṭhayogapradīpikā हठयोगप्रदीपिका. There are three most significant Nāḍi: Iḍā इडा, Piṅgalā पिङ्गला and Suṣumṇā सुषुम्णा. The latter is also called Madhyanāḍī मध्यनाडी because it corresponds to the spinal cord or central axis or median axis, that is the spine. The latter Nāḍi is the divine way. See conference "The String of Brahman". As delicate as the extremely thin lotus fiber, this is the divine fiery way along which Kuṇḍalinī ascends. "Fiery" means "consisting of fire, produced through the action of fire". Kuṇḍalinī is the fire energy, able to destroy or reveal when it unites with Śiva शिव, the conscious principle. See conference "Transmutation and Equilibrium Point".

In this infinitely reduced way, made of absolute void and offering no obstruction, Kuṇḍalinī will be able to recover its universal essence, its spanda state.

During its ascent, it will have to go through the bindu बिन्दु of each cakra. Moreover, it will have to pierce the Granthi ग्रन्थि, knots forming inextricable tangles of coils that knot spirit and matter, thus strengthening the sense of ego. These knots, difficult to pierce, are the justifications of complex and unconscious mechanisms, of latent impressions, Saṃskāra संस्कार, woven by social and cultural conditioning of the past, false identifications, illusions, the lack of knowledge of the laws that govern us, in a word by Avidyā अविद्या, ignorance.

This weight of past conditioning offers a rigidity, inertia, strong opposition to the passage of the purifying force of spiritual work.

Many are called, but few are chosen!

The spiritual work of self-knowledge is far from being a comfortable job. It is hard work, requiring intellectual honesty, courage toward oneself and others. Physical and mental courage and the questioning of one’s knowledge. Before activating Suṣumṇā, it is necessary to do some purification work on all the planes of a human being in order to be able to face the solicited power.

These centers of power, hard to locate in the physical body, have nevertheless a precise location in the energetic body. The yogi can easily locate them when they are activated during the rising of energy.

We could talk for a very long time about each of these cakra. This is what we study in Kriyā क्रिया classes and it can take years.

I am going to come back on the aspects of Mūlādhāra cakra, considered as the root cakra, seat of Kuṇḍalinī which is coiled three and a half times in a latent state. In the classic iconography according to the seven cakra theory, when we consider Mūlādhāra and Svādhiṣṭhāna cakra as separate, in the complex Yantra यन्त्र of Mūlādhāra, there is a smoky lingam known as dhūmra धूम्र lingam. Kuṇḍalinī is coiled around it. This lingam symbolizes the personality that is unconscious of itself. All of this happens inside the Trikoṇa त्रिकोण, the red triangle of Śakti pointing downward. In the version where Svādhiṣṭhāna is not represented and assimilated to Mūlādhāra, there is going to be a different representation based on an activation process of opening and closing, of rise or retention of this energy (also assimilated to a sublimated sexual energy).

The tāntrika retains semen in order to transmute it. It is said that Mūlādhāra has two openings which can only function alternatively. If one opens, the other closes. Actually, as Lilian Silburn says, "there is only one opening which can be reversed", and this process is illustrated by the direction taken by the triangle of Śakti (also called yonivaktra योनि वक्त्र). If its apex is turned downward (it is called adhovaktra अधो वक्त्र (lower opening)), then the spiritual force is dissipated to the benefit of sexual and sensual life, as breath and semen follow a downward course. On the contrary, if the triangle is reversed and its apex is directed upward (the apex is considered as the opening MeḍhraKanda मेढ् कन्द) and finds itself at the base of sexual organ, then there is a passage for sexual semen which enters the median canal. Of course, the triangle Trikoṇa, pointing downward, remains the primary representation of Śakti with its three cities, Icchā इच्छा (willpower, desire), Jñāna ज्ञान (knowledge) and Kriyā क्रिया (action), not activated yet at Mūlādhāra.

The ancient teachings made Kuṇḍalinī start from the belly, or the heart even, and directed it either downward or upward. Some instructions transmitted by Abhinavagupta, master of Kashmir Shaivism from the 9th century, state that ascending Kuṇḍalinī (Ūrdhva ऊर्ध्व) starting from the heart is linked with an awakening practice based on Prāṇāyāma प्राणायाम (respiratory techniques ) through the six cakra going from Anāhata अनाहत to Brahmarandhra. Here, a certain number of minor cakra are acknowledged, on top of the main ones: Tālucakra तालु (uvula), Lalāṭa cakra ललाट (vault of the palate)...

Also, descending Kuṇḍalinī, Adhovaktra अधो वक्त्, which can translate as "lower mouth", is the awakening practice based on the sublimation of sexual energy, involving here again six cakra going from the heart cakra to Mūlādhāra, the latter being the counterpart of the "thousand-petal lotus" of the top of the head. Here, among the added minor cakra, we find Kanda कन्द, which can translate as "bulb" and corresponds to the place where Haṃsa हंस broods on hiraṇyagarbhaya हिरण्यगर्भ. See conference "Hiraṇyagarbhaya, the Golden Egg"

It is only later that the seven cakra system imposed itself as a major and powerful science, making Sri Kuṇḍalinī start from the base of the spine.

In any case, dormant Kuṇḍalinī represents the bound, ignorant human being who mistakes his temporal "corporality" for his only truth and existence, forgetting the true and timeless nature of his soul, of his Self.

Although asleep at the base of the spine, it is nevertheless supporting the mundane life of man and of the world, considered by wise men as somnolent levels of existence.

Female snake, it holds the poison which destroys the vitality of human beings, as they dissipate their energies toward the outside world. But this poison can transform itself into nectar when these energies have been transmuted, allowing man to access his cosmic dimension.

It is up to you to access it! Hari Om Tat Sat Jaya Yogācārya