In many past conferences, I have been focusing on what is going on, on a physiological and neurological level, in the various states of consciousness. It is now time to come back to a more metaphysical and Vedantic reflection.

To understand consciousness, we need to come back a bit to the concept of waking state Jāgrat जाग्रत् and dreaming state Svapna स्वप्न.

Imagine a wise man puts you in a state of lethargy during several millions of years and condenses your subtle and gross bodies into few persistent mental traces. It is now time for him to wake you up. To do so, he must reconstitute your subtle body and put it back into your gross body, which will bring you back to life. There is a big chance you won’t be able to understand what you perceive. 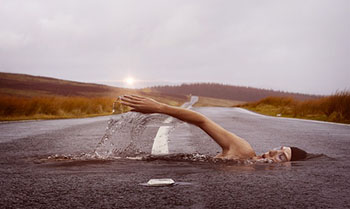 Sometimes, when we wake up in the morning, we open our eyes and look at the world around us. The world has not necessarily changed, at least at first sight. We very quickly get back to our home, our time period, and the worries and concerns of the day before. We may even find a loved one next to us. The world does not seem to have changed. It is a matter of relative perception of time.

Our language and customs did not change suddenly, we still understand them. The personality of our family members did not instantaneously change, and the view outside our window stayed more or less the same.

And yet, everything changes, constantly changes.

Since the dawn of times, thousands of generations have succeeded one another. We are all descendants of a human lineage, holding a countless number of parameters in our genes. As a result, if we are white and occidental, we may well have African ancestors, or if we are from Asia, we may well have Amerindian ancestors. There may have been a forest, a river here in the past, today this place is full of concrete and cars. There was once a village there, today, all is left is a closed down quarry.

Everything constantly transforms itself. The world changes from one moment to the next. In a long evolution, the surface of Earth itself with its mountains, lakes, rivers, became different. We are surely responsible for the acceleration of Earth’s changes, which are not always positive! In the end, these changes may appear minor seen from a cosmic perspective. However, we too often forget to zoom in and realize how precious our fragile balance is.

Everything constantly transforms, this is the law that governs the world.

Mountains flatten, and plains rise. Deserts grow high-tech cities and are abundant with water, while sand beaches are transformed into mud beaches. An arid ground can become a fertile soil, and conversely. Fresh water becomes salty, and salt water is turned into fresh water. Great predators multiply on Earth over a certain period, after which it is the turn of insects and quadrupeds, and then of homo sapiens. Everything transforms over time. This has always caused deep despair among mankind. When we think about our parents, our deceased relatives, we suffer and lament.

Our wise man will then ask us why we lament this way all the time. "Wise people never act in vain!", will he say. "One who acts without considering the potential results of one’s actions and the laws one lives by is a fool. Tell me, who are you crying for and what is the point of crying?"

In a burst of outrage, you will answer: can’t you see the cause of our grief, we have just lost a loved one.

The wise man will then ask you: "Is this a tradition of mankind to lament this way? "

We may then ask ourselves a few questions. If we don’t mourn our relatives, are we afraid of accumulating bad karma? Or do we think our mourning will give us back what we have lost? If we mourn our relatives out of a moral obligation, shouldn’t we also mourn our numerous ancestors! Is closeness of relationship the source of our grief? Closeness based on what? Countless microorganisms, worms and such are produced inside us and our parents’ bodies, and yet, they are not considered to be part of our close family. Could we mourn them as well ?

It seems that we mourn when the true nature of our relatives disappears. However, the human body is an aggregate which continuously undergoes destruction due to its waste and oxidation. What upsets us is the absolute destruction of aggregates. We cannot comprehend it.

And yet, once these aggregates forming the bodies of our deceased relatives are disintegrated, all their constitutive elements are still present, in the indestructible elements of nature, earth, water, air, fire, space.

We are not this body, says the wise man, but "the owner of this body". Don’t we say "our body, my body" in the same way we talk about our clothes or our house? What in us expresses itself through the judgments "my body, my senses, my breath, my mind"?

Vēdānta वेदांत will answer that all beings are blinded by the great illusion principle, Māyā माया.

Human beings are very far from knowing themselves and lament in vain. As long as they won’t realize their true nature, they will remain trapped in suffering. Realizing consciousness is the only way they can once and for all free themselves from suffering.

Man has to wake up from his nightmare to stop crying. He has to discover his pure essence. He needs to cross the very high hurdle of Māyā.

But he first has to identify it. Whereas the contents of our dreams seem to be unreal and pure appearance, the waking experience of the world seems to be quite real, objective, stable, and never denied. Is it possible to be as deluded in waking state as in dreaming state?

The wise man will tell you that you are blinded twice, like a dream inside a dream. 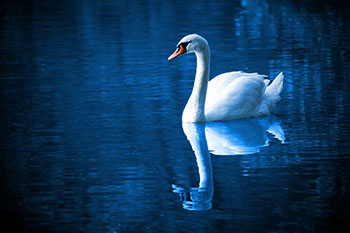 If I dream that I pick up fruit in a tree and that it is delicious, as long as the dream lasts, how is it possible to deny the reality of fruit? All of this will be denied only on waking up. But isn’t the entire waking world denied, in its turn, by deep sleep, Suṣupti सुषुप्ति ? It is and isn’t at the same time.

Since the waking world resumes the next day, it is not denied by deep sleep. Does it work the same in the process of dreaming? When we dream, we do not perceive such a continuity, it doesn’t seem to us that we continue the dream of the previous night, and yet our unconscious stays in the same realm. The apparent continuity of waking state is an illusion, because everything changes from one moment to the next. The impression of continuity of form realms and situations may seem stable in the background. But the impression of continuity is illusory both in waking and dreaming experiences. Nothing is stable in the form realms of manifest nature, such as trees, rivers, our body.

Everything changes from one moment to the next. Be it in dreams or in waking existence, continuity is limited in time. It is relative. In saying that dream is denied on waking up, whereas the contrary is hard to observe, what is meant by "denied" is the absence of manifestation. Yet, in deep sleep, it is the perception of all things that is not manifested. Consequently, it is hard for the ordinary man to discern between truth and falseness. Only those who can see the truth behind appearances can have a clear idea about these concepts. It is possible to develop this capacity by assiduously practicing yoga and Meditation.

Vedanta considers that dreaming and waking experiences are in the same realm.

In our dreams, we can experiment time, the duration of time, the same way as in waking experience. In our dreams, time seems as real and objective, stable and undenied. This impression of being fully woken up in waking state feels just as real during our dreams. Don’t we mistake our dreams during waking daytime hours for reality? In this case, the wise man could ask you why we don’t cry for the parents about whom we have just dreamt and whom we have lost on waking up.

We see the world depending on the beliefs we project onto it. If the world is only vacuity to us, we will see it as empty as pure space. If it is only chaos to us, it will be chaos. It all depends on our beliefs about the world.

"Life is only a dream" will tell you the wise men.

In our dreams, our mental mind projects itself on the screen of our own consciousness. In waking life, we go on projecting ourselves on the very same screen. If the meditator realizes he is the pure consciousness underlying his manifest nature, he can free himself up.

Being awake does not mean you are awakened!

Tantra तंत्र says : "Beings who discard Nirvāṇa निर्वाण covet coarse Saṃsāra’s (संसार) dream. " This means that those who are not in ecstasy are just wandering in illusion.

Tantra also says the following: "An ox’s footprints filled with water will soon dry up; so with a mind that’s firm, but full of qualities that are not perfect, these imperfections will in time dry up. "

Water in footprints evaporates, the ocean neither decreases nor increases. The human mind is like these water puddles, brain capacity is very limited. Only the sky of our consciousness is unlimited.