Child of the universe, the paramount man maintained with nature a bond of divination. Able to adore the sun or the god of the breath, he had not developed his impertinence yet. Being “mentalisé” during his evolution, the contemporary man put himself in the center of creation and he exploits this same nature.

“It is not considered polite for the civilized man I am, capable of intellectual and sophisticated argumentation in regard to spirituality, to bend over the beauty of a flower or to imagine only one moment to connect myself on cosmic energy. Twaddle that, I leave it to the fools.

Elsewhere, at the same time, other beings look at their fellow creatures and they are deeply surprised. Notables, scholars or more modest people have their eyes closed and the common sense escapes them. Nevertheless each one behaves with his noisy expression.

“Pasha” is the bond that chains the being with the existential distress.
Those who are taken by this bond are the “Pashus”, the beings amputated of the spiritual consciousness.

You should be a Doctor of Theology and remain a Pashu. And if you are
*the local peasant who blesses each morning the sun and his water melon, you can remove you from this bond.

Since when didn’t you bend simply with your body and give a kiss to the ground that carries you?


You prefer to incline yourself intellectually before the size of the universe and the stars and to consider you as tiny. Then you deduce from it that in regards to our smallness, well, nothing is really important, and even less the requirement of Jaya’s teaching.

But it is because you are small in the universe, that you should do great things. Inside you, you have the potentiality of a seed.
Make the consciousness of this seed germinate in you, it is your genetic mission! Be as ambitious as the cells of your liver that patiently work to make a liver.
It is their Dharma there.

Do you know your own Dharma?

Take part in the rise of the human race, thwart by your personal action all the damage the men make moreover. Prepare your children not to be perfect consumerists. Educate them to thank the plant each morning for its simple existence, to detect behind the noise of the running tuning, the song of the virgin bird. To greet lower the beings who greet you.

Become again the sacred beings, only by the fact of your existence and remove you from your intellectual justifications and from your fears of politically correct.

Become children of the moon, write thanks by drawing flowers and offer them to those you meet, without fear of ridicule.

Among my pupils, there is a woman of the moon! I often wonder about her spiritual naivety. But even if sometimes, she seems to be lost, she gives to me in maturity, a freshness that not much of you are able to do. One day I asked her: “but J., why this kindness? ”

She answered me: “The others deeply bore me, then I amuse them and make the fool, so they laugh and release. ”
Of course, this intelligent woman is like everyone, with heavy existential anguishes, pains everywhere in the body, and moreover if she practices a spiritual work far from yoga which sometimes seems to me incomplete, she has the ability to create in me the surprise.


And you will say to me!
“But Jaya, I am surprised, you are so cartesian in your spiritual reasoning! ”
And I will answer you. “It is because I assume the concrete vision of the reality that I can also contemplate the moon. ”


The long practice of yoga formed me to teach you how to see reality such as it is and not such as you would like it to be.

She learned to me how to be wary about all kinds of “spirituals” who improvise in new forms of yoga while taking everywhere some bits of knowledge, thus doing a spiritual pot-rotten, while adding “A” at the end of the words to make them more Sanskrit, and while coming to rock you with “etheral” airs, you, nice, credulous and uncultivated reunionese people. With angels, mixture of sorts, christic, Hindu, Buddhist, etc, they comes to pour you a venal ideology which will worsen your state of Pashu, of bond.


The captive is one who is tied in the three states covering the conscience, which are dream, awakening and sleep. It is the power of adhyaropa, the process of illusion that maintains you in this nonknowledge. Your waking state is not a state of awakening. So moreover, if you worsen your state of daydream, I can’t do anything for you.


Yoga is a large thousand-year-old science, and as you lack of penetrating thought, strength of tempered and discipline to apprehend it beyond your ordinary waitings, you immediately jump on everything consumable. When I see some among you trying all that exists in term of spirituality, and not looking further into the already identified techniques, then I think that I have a lot of work in front of me because your eyes are still closed.


You are blind people who play blind man’s buff.


But you see, in Jaya’s center, we are always there to continue to love you and this, since nearly twenty years.


The day when you will have exhausted this love, it will be necessary for us to pass to another thing.


I wish all my pupils, to finally open their eyes over the magnificence of this thousand-year-old way of yoga they chose and that we cover together.


May they learn how to see reality such as it is. You don’t need angels to help you to live. Be fully human beings, it is already a great challenge.

Become the example of the teaching, with a vigorous, light, flexible, intelligent body. Be the spokesperson of sobriety, control, interior force and constancy, open-minded. At the same time, have a rigorous and flexible thought the knowledge of the great laws of the universe requires.

And behind of that, be able to go into raptures with the innocence of childhood. 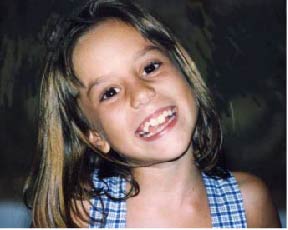 Maheswari join me with her blessing.