My faithful student and spiritual seeker Philip sent me a video offering an astronomical point of view, a dive into the infinitely big which took him back to the state of witness.

Besides being very efficient, this humorous quote made me immediately think about my usual preoccupation with yoga practice and its relationship with reality and about one of my previous conferences. So here was my answer to my dear student: "Don’t forget, dear friend, that yoga is a thousand years in advance!".

What did I mean by saying that?

I wanted to tell him that yoga and quantum thought have a lot in common, and yoga’s thousand-year-old approach to reality remains coherent and relevant in the face of new scientific approaches. Considering the vertiginous spatio-temporal dimensions of the universe (from the tiniest to the biggest) and supposing that the universe, being infinite, may be ageless, one thousand, two thousand, four thousand years of advance (in terms of awakening of human consciousness) on today’s scientific understandings seem nothing. 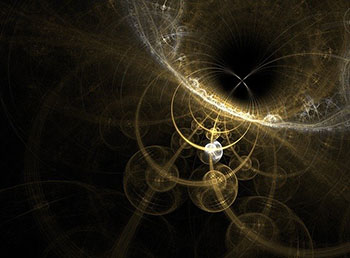 In order to confirm its intuitions and observations, the scientific tool, with no intention to belittle it, uses the analytical process of the intellect.

The yogi, on the other hand, has an intuitive approach of reality based on physical tools (yoga practices) and intellectual tools (advanced metaphysical philosophies), but also on other instruments that are energetic, mental and psychical faculties.

The way the Ṛṣi ऋषि understood reality–which was fantastic and inaccessible to ordinary humans–has never really been rejected by the scientists. However, it was very often relegated to irrational and magical knowledge. This is changing today, with the development of neuroscience which shows the capacity of the mind to act on matter. Yoga has known this for a long time. 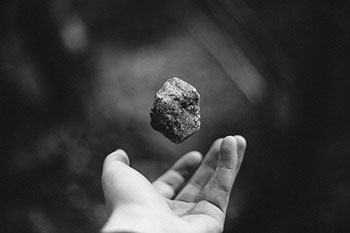 The scientific and rational approach matured slowly and appeared late in time, but there is a link between millenary yoga and the theories of A. Einstein, M. Planck, the recent string theory and M-theory, namely the state of witness, the state of "observer of reality". But more importantly, the ability to decipher reality in order to act on it.

The ancient yogi who was a fine observer could only rely on natural tools, the tools of his own body and those of nature, to develop an understanding of reality and the capacity to act on it, at a time when radars, probes and microscopes did not exist.

By saying "Everything that becomes or changes must do so owing to some cause", Plato introduced the "principle of causality" which allows us to explain a phenomenon or an event. Human beings have always wanted to access knowledge, they have always felt the need to understand reality. What the Ṛṣi observed based on an intuitive approach certainly obeyed the principle of causality, long before Plato. But what was unique to ancient men was this sacred relationship to nature. In that world, less understandable than today’s world, the primordial men had to respectfully negotiate with nature, probably out of fear. They considered it as the Highest Force.

Contemporary men, blind and fearless, declaring themselves to be the center of nature, seem to have forgotten the true power and dimension of nature.

Drawing assurance from their discoveries and mobility, they crossed the line into the exploitation of nature as mere raw matter accessible on a world scale. Given today’s tragic observations, could we not think that nature revealed to ancient men what it will never reveal to modern arrogant men?

Far be it from me to want to do bad epistemology (or "épistémobylette" as one of my teachers H. Huitric, a numeric artist, said).

The point is not to make contemporary men feel guilty about the bad choices of their ancestors in terms of evolution, but simply to highlight their struggle to set things right enough to avoid walking toward their own extinction. Nature is majestic and will always maintain its rights.

If the world is infinite, then it cannot be observed in its entirety and the scientific approach will always depend on its experimental limitation of the moment.

In this observation of a universe whose dimensions are beyond our grasp, the Cartesian perspective cannot escape the vertigo of the unfathomable and is brutally brought back to this notion of absolute, of unchanging consciousness which underlies this manifestation.

The Cartesian perspective falls into the existential question, simply because of the limitation of its understanding.

The ancient yogi, through his empirical and intuitive approach, immediately understood the limitation of his tools of knowledge (body, spirit, mind, sense organs, etc.). By optimizing them at his humble scale and rising above ordinary men with some "extra-ordinary" faculties, he never lost sight of the need to focus his work here on earth on understanding what underlies this manifestation, that is the absolute.

So, his approach was that of transcendence through veneration and sublimation, toward manifestation and the absolute that is the cause of manifestation. He was then able to attain a global comprehension, with the tools of the senses. The yogi, considering that manifestation is based on the interaction of Energy Śakti शक्ति and Consciousness Śiva शिव, understood that only their fusion enables the transcendence to a single state, the state of supraconscience assimilated to the unchanging attribute-less absolute.

As in quantum thought, what is exciting in yoga is that the universe constantly recreates itself. Nothing is fixed. Nothing is predetermined, not even your fate. The postulates of quantum physics are in line with the immense variety of possible manifestations. Beyond the fact that micro-objects can take the aspect of particles or waves depending on the observer, experiments showed that they anticipate the moment of the observation and change their aspect before this moment.

In 1985, the young French scientist René Peoc’h did an interesting experiment. 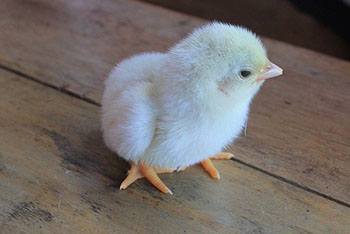 "If a baby chick is placed next to an animal or a mobile object from birth, it considers the latter as its mother. So, the researcher conditioned a great number of chicks to adopt a small electrical robot as their mother. This little robot was designed to make small random movements thanks to an electronic circuit. Placed on a sheet of paper, the robot, with a pencil attached to it, randomly drew chaotic lines. When a conditioned chick was put in a cage at a certain distance from the conditioning robot, the robot moved 2.5 times more frequently toward the cage than in the opposite direction. This experiment was done on more than 2 500 chicks for 4 years. Something related to the intention or the desire of the chick could influence the robot’s electronic circuit."

Our consciousness or subconscious has properties that go beyond understanding, the scientist concludes.

Yoga has always known the power of mental, emotional, psychical energies. As a spiritual science, yoga has ethics and its purpose is to integrate the individual in the universe through harmonization and love. But it is also able to play with planes of reality out of reach for ordinary humans.

Scientific knowledge has been acquired by describing and explaining specific natural phenomena. Many scientific branches have often contradicted each other. Nature is a whole despite its different appearances. Scientists often try to unify contradictions, but the manifest principle of this universe is its infinite variety of appearances. Yet, beyond this diversified infinity, the manifestation includes the Whole. The Whole is in the Whole. Taking the Whole from the Whole, what remains is the Whole! This is yoga’s metaphysical approach.

So, everything is possible and the observer, whether he is a scientist or a mystic, has to understand that the universe is by nature omnipresent, omnipotent, omniscient and generous to him, beyond its apparent limitations of the moment. One can only exchange with the universe and create, recreate one’s own human reality, by having a relationship of love and respect with it.

Your yoga practice changes you and transforms you by developing unsuspected abilities in you. Like the chick, you have the power to act on your environment, your relationships, your life, with your mental and spiritual energies. But it has to be done with spiritual ethics. You can act in a subtle way to help people without guide to put things right and take greater life directions, only by showing the right example, only with your Prāṇā प्राणा, without preaching, without formatting easily influenced beings. Only your state of being can help others. Allow and not submit!

Once established in these values, the more you will develop your concentration and visualization abilities, your subtle physical and mental energies, the more your energies will reach their target, for the sake of the true, the beautiful and the good.

Like the chick, you will be able to make the robots move and regain control of this new world which will probably escape most people’s grasp. Hari om tat sat Jaya Yogācārya