In the quest for happiness and self-perfecting, we are the ones who chose to follow the path of yoga. This science, whose ultimate purpose is self-realization, requires that we constantly devote ourselves to it, under the supervision of an experienced guide. Much knowledge of higher purpose exists in this area. Whether this knowledge is practical, physical, physiological, energetic, ethical, religious, cosmological, psychological, symbolic, philosophical, metaphysical, metapsychical, it is highly interesting and takes an essential place in the history of the progress of human thought.

Yoga is of universal nature.

This knowledge could be useful to a very large number of people in terms of awakening of consciousness and optimization of human tools. However, despite the current craze for this practice, yoga is not so easy as what some amateurs suggest. It is originally essentially Eastern, and the risk of imitation by Westerners often keeps them away from its true dimension. The Western spiritual seeker must have inner freedom and openness–to differences as well–, to welcome the wealth of Indian thought in him.

However, emerging, denatured forms of Western yoga appear to be picturesque practices, very far from the spiritual principles of millenary yoga. They are often superficial practices.

The main principle of yoga is related to life’s fundamentals, with the reintegration of man in his environment through the experience of this absolute. There are so many books, scriptures, conferences on this unspeakable absolute, called "That" by the Indians. So many explanatory attempts to express what can’t be expressed, what can only be grasped through silence and direct meditative experience. Because the ordinary human mind is entangled in its limiting, psychical or physical agents, formatted in relative interpretation systems of its perceptions, it is difficult for it to be enlightened and confident enough to experience the absolute easily. To be able to experience it, it has to experience reality, that is identify what the true nature of reality is behind appearances. 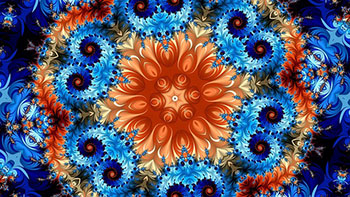 That is why we talk about vision in spirituality. By seeing reality with an enlightening mind, having mystic experiences, having transcendental visions with one’s own tools without external agents, modifying consciousness in order to expand it, one is able to touch the nature of reality with its unlimited potentiality which is the effect of the absolute in this manifestation. So, man needs tools, practices, means to eliminate all the obstacles he creates for himself. For that, he has to follow the discovery path of his physical, neurological, and psychical tools. A lot of people are far from having identified them, even today, despite the so-called evolution of humanity.

We might think that having mystical experiences takes us to illusory realms created by mental lucubration. It is quite the opposite. Mental lucubration is part of our daily world and of our mind’s behavior, with its uncontrolled thoughts, its inner monologue made of fears, desires, illusions, beliefs, misconceptions about life, love, death, and reality itself.

With yoga, man can directly act on all his planes: physical, energetic, mental and cerebral.

All the mystics of the various traditions often associate prayer with meditative practices or bodily observances (fasts), ecstatic dances, particular psalms, specific rites. They often echo millenary yogic practices. The great strength of yoga is to offer powerful, advanced, profound, parallel and complementary paths on the different planes of the being, going from the gross body to the causal body and far beyond, toward unexpected planes. It has a global approach to human beings and has nothing to prove anymore.

In its action on the physical plane, the power of yoga consists in having identified the positive effects of Āsana आसन on the body in terms of health preservation.

More importantly, however, yoga has identified the system of cakra चक्र and energetic planes, and understood how they are connected with the physiological planes, in times when there was no MRI to observe the workings of the brain, in times when neurotransmitters, neurohormones and altered states of consciousness taking place in the hypothalamic system were not yet identified.

Yoga in general means to grasp the real essence, whereas the profundity of Kuṇḍalinī कुण्डलिनी yoga is that it views reality as a balanced polarity of Consciousness and Energy powers, with the aim of transcending them to a unified state. Here, we touch on the heart of the manifestation and so on the point of contact between reality and the absolute.

This cakra system is grasped by respiratory and concentration practices, in order to have a hold over the direct experience of prāṇa-śakti प्राण शक्ति, but it is also based on the symbolic knowledge of tantric iconography which serves as an interface between the concrete plane of the practices and advanced metaphysical concepts.

The psychological analysis of the symbols of this knowledge enables to enlighten the practitioner on his mental and emotional functioning, but the practitioner also gets a grasp of "psychical psychology", in other words the science of psychical things. On the path to awakening, we reach a certain stage, psychical reality, and we immerse ourselves in certain higher planes, in the world of psychical substance. The Cakra system enables the climbing up from gross matter to the subtle, psychical matter, in order to reach, through transcendence by fire, the state of unchanging consciousness.

"The idea of this transformation from earth to ether is one of the oldest constituents of Hindu philosophy", says C. G. Jung. The concept of the five elements (earth, water, fire, air, ether) is a part of the Saṃkhyā संख्या philosophy, which is pre-Buddhistic, belonging to the 7th century B.C. All subsequent Hindu philosophies, like the Vedānta वेदान्त and Upaniṣad उपनिषद् among others, took their origin from Saṃkhyā. So, this concept dates back to very ancient times and the ideas of tantric yoga reach back into a dim past. This philosophy is of alchemical nature because it consists in transforming gross matter into subtle, spiritual matter. 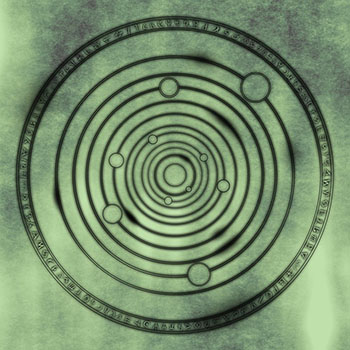 At each stage of energy rise, transformations occurring at each cakra result from the evolution process of the previous cakra. At the Viśuddhā विशुद्धा stage, ether is considered as a very volatile, psychical substance penetrating everything. It enables the attainment of psychical powers.

By definition, ether cannot be caught.

It belongs to the mental plane and to the plane of thought and subtle mechanisms one finds only within one’s brain. Psychical substances and spiritual faculties do not have the qualities of matter. They become substances perceived only through direct experience, and not necessarily based on directly observable facts. They are always closely related to the electrochemical mechanisms of neurological and hormonal processes, but they are also related to mental energy planes. Preceding higher faculties of Consciousness, they activate tools enabling to act upon reality. At this level, the yogi, like a harpist, can start playing with energetic waves, mental energies, mental vibrations, visualization, intuition. This will enable him, on one hand, to act on some aspects of reality that are out of reach for the ordinary man, and on the other hand, to reconsider reality, not as a deterministic world in which his action is limited, but on the contrary, as a dynamic world he can continuously recreate, through the action of his mental energy and willpower alone. 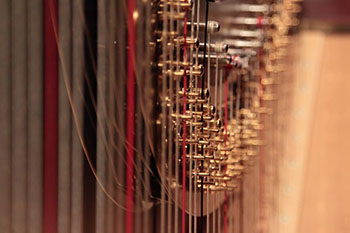 Even if science seems to make great discoveries, it only reveals what already exists in terms of non-materialized potentiality in the creative infinity of the world. The knowledge of the–even advanced–yogi is part of a much bigger and infinite knowledge which is that of the absolute, the universe. And the universe is waiting! It waits for you to wake up and use the tools it gave you in order to understand the cosmic laws which unite you with it.

Men run after fireflies when the light is already within them and they still don’t know how to switch on the button.

Yoga says, I, Jaya, say to you: "Stop paying for electricity and connect yourself to the absolute, you will have all the light you need! "